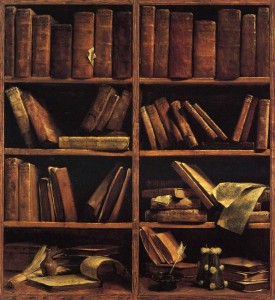 In a time when major book selling chains have gone bankrupt and the next best seller is just a download away, it’s nice to know that some bookstores have and are enduring for years. For those that truly love books there is nothing better than stepping into a locally owned and operated bookstore that retains its independent spirit, and that smell of ink on paper. For a great bookstore that is much more than a Barnes and Noble, William Bailey Travel invites you to take a closer look at 3 you won’t want to miss.

Big business has killed a lot of the Main Streets in America but in Oxford, Mississippi the little shop of Square Books is thriving in this small town. It was named bookstore of the year in 2013 by Publisher’s Weekly. This town has its own literary history as this is where William Faulkner called home. Square Books has been in business for over 30 years, with a track record of excellence. They even have their own radio show where they invite authors to read from their work. John Grisham is one of their regulars, and even offers book recommendations.

John K. King Used & Rare Books in downtown Detroit offers a large collection of rare and used titles with more than 1 million books in stock. The business originally opened in 1965 and moved to its current location in 1971. The store has been described as one of the largest and strangest collections in North America. The bookstore takes up four floors and a basement. An adjacent building has a collection of rarer and more remarkable items available for viewing by appointment only.

The Strand Book Store in NYC is one of the oldest bookstores in the nation. It opened in 1927 and is the only surviving bookstore in what was one known as New York’s Book Row. The shop has a massive collection with over 2.5 million books. They run the gamut from new to used and even offer a quite a few rare books. They also have an impressive history of author appearances such as the always hilarious David Sedaris and actor/writer that is also great to see, James Franco.

There will more than likely always be a Barnes & Noble type establishment that have the newest stacks of bestsellers, but these establishments are for those that love opening the well cracked spine of a much loved book of a perfect stranger, or finding a new to them but possibly old literary masterpiece. These stores cater to those that are passionate about books, so step in and breathe deep of that distinct smell, as you hunt for that perfect book.