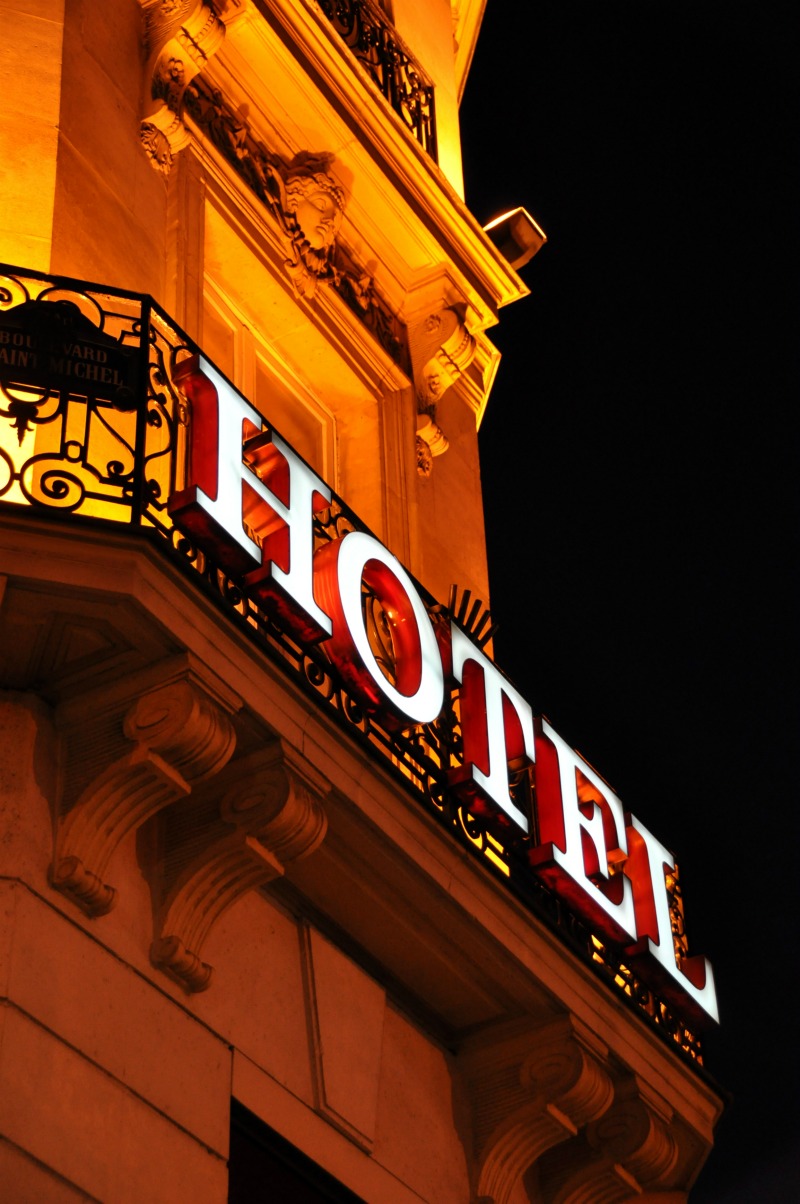 If you are the type of traveler who is moved by great literature and look to walk in the footsteps of some of the greatest writers of our times, then these hotels in Paris may be of interest to you. Located in areas that were heavily traveled by some of the biggest names in literature, these hotels each offer a unique place to rest your body while exploring the “City of Lights.”

The Les Plumes hotel in Paris was inspired by the location in which it was built within the city. The area that surrounds the hotel is a district that is known to be full of homes that once belonged to literary greats and renowned writers. The interior design includes names of writers interwoven into cushions and décor. Guests are also greeted by portraits of writers like Juliette Drouet, Victor Hugo, George Sand and Alfred de Musset and a plethora of quotes and clips of their writing throughout the rooms and lobby.

This Parisian hotel was made famous by writer Oscar Wilde who, whilst he was dying in his room in the hotel was reported to have said: “Either that wallpaper goes, or I do.” Whether or not that story is true, this hotel has done its best throughout the years to hold onto it and to utilize it as a means of publicity. The hotel bar is decorated to resemble a library and includes photos of Oscar Wilde and a number of his books along the back wall of the room. In addition, a guest who book room 16, the room in which the author was said to have died, are welcomed with letters to and from the writer and the hotel manager. The sometimes whimsical exchange represents an ongoing dispute that the writer had with the hotel regarding an outstanding hotel bill that he maintained during his stay.

Since Paris has always had a strong literary history, it should come as no surprise that there is a hotel here that has been designed to be a giant poem. Located in an area of the city that is filled with literary history and home to many bookstores and publishing companies, the Apostrophe Hotel was conceptualized as a story to be told. It begins on the main floor in a room called “Scheherazade” (which roughly translates into “Once upon a time…) and continues throughout the hotel. The carefully chosen literary themes have been arranged and illustrated so that guests feel like they are traveling through a giant book.