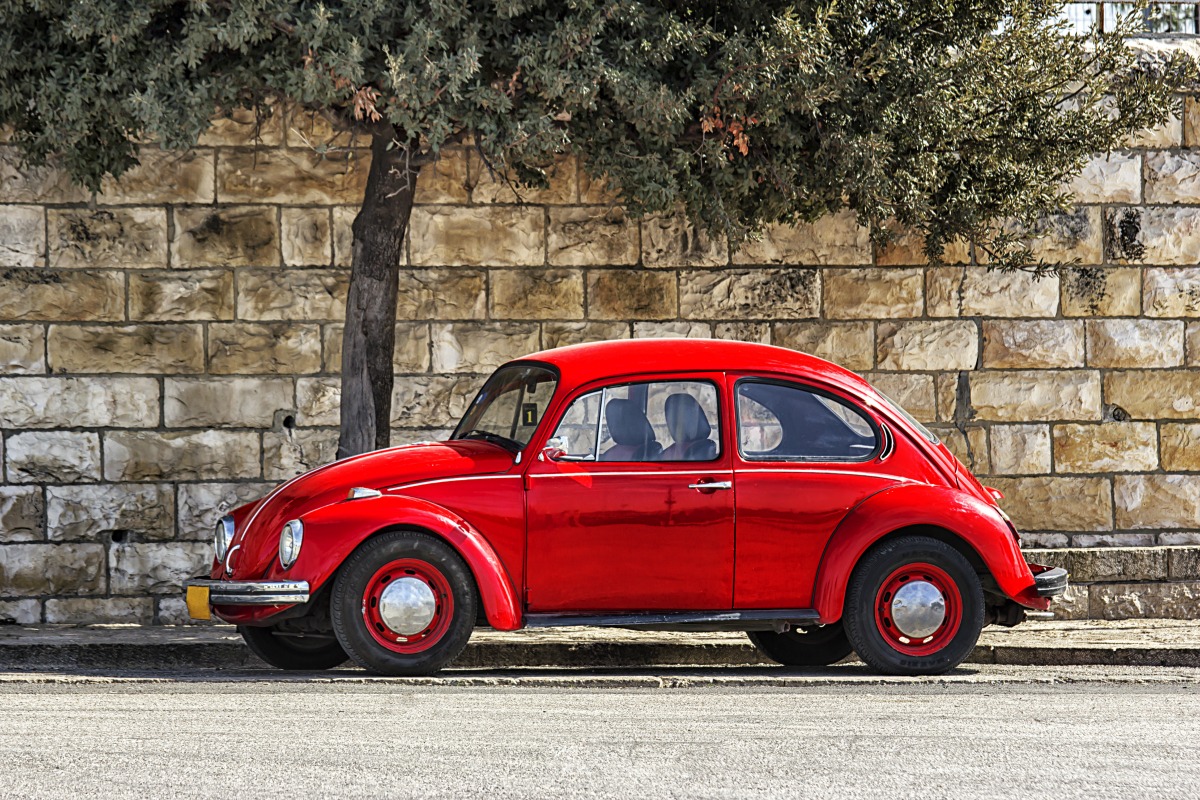 Some people thought it would be a good idea to make art of VW Beetles.

There is not a general consensus if these works of art are called Spider Bugs, Beetle Bugs, Beetle Spiders or some other derivative of those words. What is for certain is that this is one creative way to repurpose a VW Beetle. Scattered throughout the world, these quirky sculptures are sure to get your attention.

Lexington, Oklahoma. Just off of Highway 77 near Lexington resides a six-legged Spider Bug sculpture. Local lore is that it presides over the site of an old VW graveyard, where many a VW Beetle spent its last days.

Kenora, Ontario. Painted in a bright and sunny yellow hue, this particular Spider Bug looks a little less likely to come to life and kill you than some of the others on this list. Add to the list the fact that he has a jaunty little black top hat perched upon his head and you feel like he is there to welcome, rather than devour, you.

Gassel & Eindhoven, the Netherlands. Perched high about the countryside near Gassell in North Brabant you will find the Spider Bug of the Netherlands. All black with thorn-like legs, this particular beetle looks like it is about to pounce on you the first chance it gets.

Swetsville Zoo, Colorado. Honestly, not sure what the artist was going for with this one. The beetle serves as a lovely shelter over a picnic table next to the water. This would seem like a rather inviting spot for a picnic, if not for the fact that the beetle is painted with red beady eyes, and exposed pointed teeth.

North Palm Springs, California. Perhaps the most intimidating one on the list, this spiky Spider Bug sits in front of “Hole in the Wall Welding,” a former VW repair shop. The thorny legs and massive height make it a rather intimidating looking piece of art work.

Stratford, Taranaki, New Zealand. This last Spider Bug is the opposite of scary. Perched outside the visitor’s center in Stratford, the car looks like it was hit with a Bedazzler. Covered in shiny, sparkling pieces, it has a somewhat elegant appeal unlike the others on the list.

Believe it or not, there are many more Spider Bugs to be seen and visited than those listed here. Feels like a road trip might be instore!