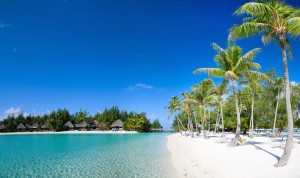 The votes are in and the people have spoken, take a look at the best of the best for 2013.

Every destination is special and offers something unique, but what makes a destination a best of the best depends on what is going on. This up coming year, the best range from the best Northern Lights to the new shopping destinations. Here they are, the best of 2013.

Louisville, Kentucky thanks to “New Louisville” has made the list. Bars and shopping and of course, food make Louisville a happening hot spot this coming year.

Fairbanks Alaska is also making the top lists thanks to the Northern Lights. Always a “cool” destination, this years northern lights are expected to be some of the best in years.

San Juan Islands, Washington, perhaps lesser known, but no less amazing as noted by its placement in 2013 top ten lists. Beautiful beaches, plenty of sun, especially for the west coast and local fare makes this a dandy choice for any traveler in 2013.

Philadelphia Pennsylvania may be one of the most popular destinations in PA, but now its a top in the U.S. as well. Known for its history and art, big shows of famous artists are making waves this year in the Midwest and around the world.

American Samoa may be exotic but its still part of the U.S. in that it is a territory of the U.S. While you will still need a passport, if you are a U.S. citizen, you may also enjoy the convenience of having the U.S. dollar as its main currency and English as a main language all in the lovely South Pacific.

Eastern Sierra, California may not be Yosemite, but it is just outside of it and no less beautiful. Right off of Scenic 395, this is a beautiful place to relax and enjoy the best of California without the crowds.

Maine as a whole is amazing, but according to the list, North Maine is the place to be in 2013. From rocky shores to stunning woodlands filled with animals and ecological diversity, its a hikers paradise.

Minneapolis-St. Paul, Minnesota is more than just small towns but is also known for its urban areas and its cultural diversity as well. Ride bikes, go hiking, enjoy some local cuisine or just relax in a spa resort, they can all be found here.

Verde Valley, Arizona is located between the Grand Canyon and Phoenix and may be lesser known but not for long. Amazing spas and resorts, beautiful recreational areas, wine trails and mining culture make this a unique destination for any traveler.

Glacier National Park, Montana is one of the not quite so well known national parks but that is not because it lacks anything. Stunning beauty and of course the Going To The Sun Road make this a must see national park even if you cant make it in 2013.