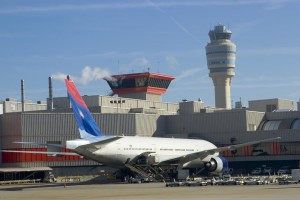 As of this week, the airlines have announced major cutbacks on spending by the government leading to furloughs being imposed on air traffic controllers and slowing down an already slow system. While the changes began on Sunday, and no major delays were seen. While major delays were not seen yet, many fear that the already long lines at airlines throughout the U.S. may be much longer.

Even the FAA has estimated that the delays could be over 90 minutes due to the furloughs during peak travel. According to one agency, these imposed cuts and now impending delays could have been avoided if the FAA could have reduced its spending.

So what does the FAA actually do?

The mission of the FAA is to “provide the safest, most efficient aerospace system in the world.” The Federal Aviation Administration was first developed in the 1920’s when leaders began to believe that it was necessary to improve and maintain safety standards in aviation. In 1958, a bill was introduced to create an independent aviation agency and this the FAA was born. Today, travelers can learn more about safety, information regarding the history of travel and safety, what is an is not allowed and news such as child safety and pets as well.

Many fear that with these and other cutbacks, the FAA can not do their job. While the cutbacks may not be seen or felt on an average travel day, what happens on the holidays, when delays are already hours long? What do you think?

Bill Bailey Travel offers tips, information and reviews of travel and issues which may affect you when you travel. From airlines to hotels, cities and attractions to national parks and destinations around the globe, we invite you to learn more about travel with us at Bill Bailey Travel.