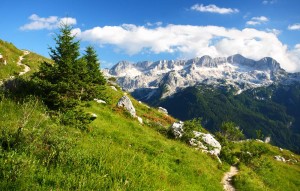 Home to such idyllic and historic structures as the Eiffel Tower, the Louvre, the Palace of Versailles, Notre Dam and the Arc de Triomphe in addition to literally hundreds more, France has a history which dates back thousands of years. This history can be seen not just in archaeological sites but in actual buildings, structures and sites still in use today, making it unique from destinations in areas which are much younger in terms of architecture such as the U.S.

In addition, what further makes France stand out from its competition is its place in culture and business today. Highly developed and powerful, the country is the fifth largest worldwide and 2nd largest European economy and the wealthiest in Europe.

Getting around France is quite simple including getting in and out, renting cars as well as traveling to and from as well as around by train. While many areas including the city of Paris rank quite high in the overall cost to travel there, many other areas of France are really quite affordable. Climates are quite pleasant and comfortable year round however, what climate you encounter will depend on which region you visit. Generally, the most pleasant year round temperatures will be found along the Mediterranean of course with mild winters and quite warm summers, but many prefer the Oceanic climate with cool summers and somewhat average precipitation as well.

What you need to know

Tourism Tax – All tourists will be asked to pay a tourism tax of a fixed rate of 0.20€ to 1.50€ per person per day, however, it will included in the cost of your accommodations.
Electricity in France runs on a 220-volt
U.S. dollars are not accepted in most establishments and the Euro is the French currency.
All U.S. and Canadian citizens, including infants, need a valid passport to enter France. Visas are not required for American and Canadian visitors.
It is mandatory in France to carry some form of identification at all times.
Travelers from countries outside the European Union (EU) must declare certain articles when entering France.